Drawing Conformal Maps of the Earth

It has been known since Gauss that it is not possible to draw maps of the Earth that preserve ratios of distances. [...] 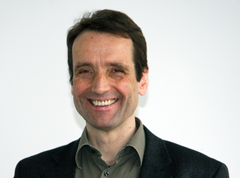 Pressure is an important property of fluid flow, and it is known that the pressure changes continuously in the fluid domain. In the coupling of flows of different nature, however, the situation can be more complicated and discontinuities may appear in the pressure field. This is the case, for example, in coupled free flows and flows in porous media. There has been a recent surge of interest in modeling and simulating these multi-physics problems. Coupled flows arise, for instance, in groundwater flow, where chemical contaminants leak in rivers or lakes and reach the porous rock at the bottom.

The mathematical model is a domain-based coupled system of Stokes equations with Darcy’s law describing the rate at which a fluid flows through a permeable medium. An important part of the modeling problem is the choice of the conditions at the interface between the free flow region and the porous medium.

A first condition states that the normal component of the velocity must be continuous across the interface. A second condition, referred to as the Beavers-Joseph-Saffman law, relates the tangential component of the free flow velocity with its shear stress. The latter law was derived from simple experiments of laminar tangential flows over a porous bed and was confirmed by homogenization technique for periodic porous media with circular pores [1,2,3]. A third interface condition involving the pressure of the fluid remained controversial until quite recently. Some scientists claimed that the pressure in the free flow must be continuous and equal to the Darcy pressure at the interface, while others claimed that there must be a jump in the pressure. Two recent works by Mikelic and co-authors [4,5] show theoretically and numerically that the pressure is discontinuous across the interface and that the pressure jump is proportional to the free fluid shear. It is interesting to note that if the pores of the media are isotropic (circular), the discontinuity in the pressure vanishes.

Does this contradict the physical law of continuous pressure? No. The fluid pressure in the pores remains continuous. The pressure that appears in Darcy’s law is an average of the physical pressure of the fluid in the pores over a representative elementary volume. At the micro-scale, there is no real interface between the free flow and porous media. At the macro-scale, for general porous media, the continuum pressure is discontinuous across the interface, and the interface itself is part of the model.

There are still many open questions related to the coupled free flows and porous media problem. An interdisciplinary effort combining analytical, experimental and numerical techniques is a key to gain a significant understanding of these coupled flows. For those interested in this problem, there will be a whole session dedicated to the modeling of these interface conditions at the 5th International Conference on Porous Media & Annual Meeting organized this month in Prague.